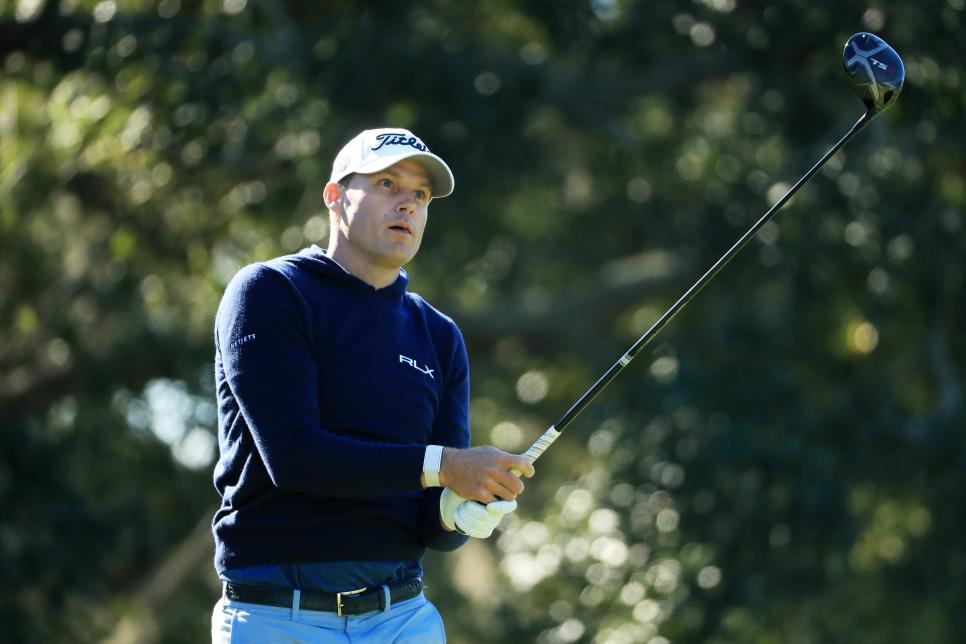 The PGA Tour will be giving all players, caddies and other essential personnel on the PGA Tour, Korn Ferry Tour and PGA Tour Champions WHOOP fitness straps in an effort to better detect early signs of COVID-19.

Players received an email Wednesday morning informing them that 1,000 devices—which come in the form of a bracelet or bicep band that monitors the wearer’s heart rate, strain, sleep and recovery patterns—and the accompanying memberships for data recording will be distributed at this week’s Travelers Championship and the Korn Fery Tour’s Utah Championship. Justin Thomas confirmed the news in his pre-tournament press conference at TPC River Highlands on Wednesday, and WHOOP founder and CEO Will Ahmed did so as well in a statement to Golf Digest.

“We are rapidly onboarding everyone in the PGA Tour universe and respect the measures that they are taking to keep the Tour safe,” Ahmed said.

he news comes one week after Nick Watney’s WHOOP provided a key indicator that something might be wrong with his body while competing in the RBC Heritage. Watney noticed an increase in his breath rate in the middle of the night, which studies have shown could be a sign of COVID-19. Watney also developed other symptoms, and informed medical staff. He was tested for COVID-19 and became the first PGA Tour player to test positive on Friday morning, forcing him to withdraw fron the event and self-isolate for at least 10 days. Per PGA Tour protocol, he will need two negative tests after that period to return to competition.

Every Wednesday is Wearable Wednesday here at Adafruit! We’re bringing you the blinkiest, most fashionable, innovative, and useful wearables from around the web and in our own original projects featuring our wearable Arduino-compatible platform, FLORA. Be sure to post up your wearables projects in the forums or send us a link and you might be featured here on Wearable Wednesday!